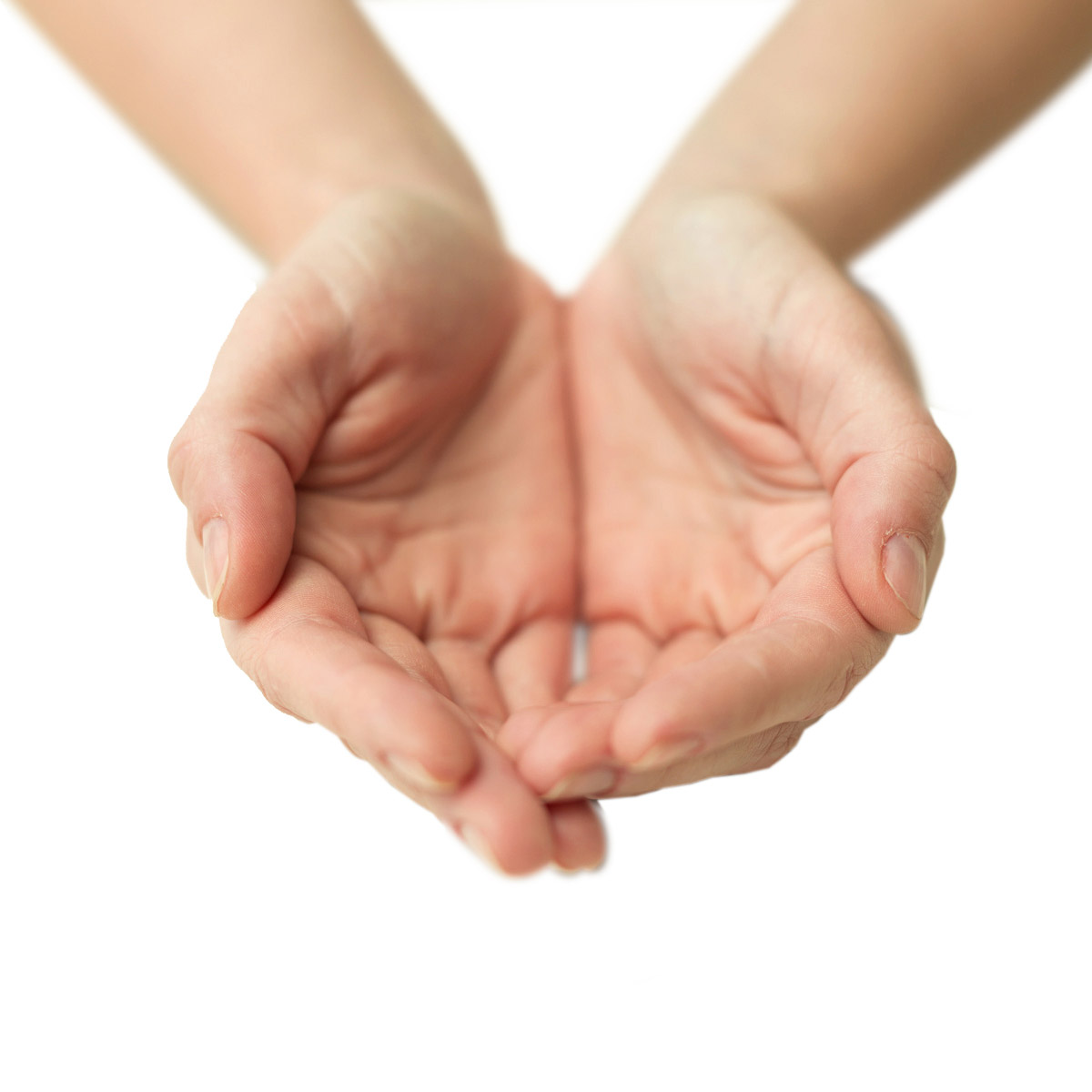 Everything from a single source 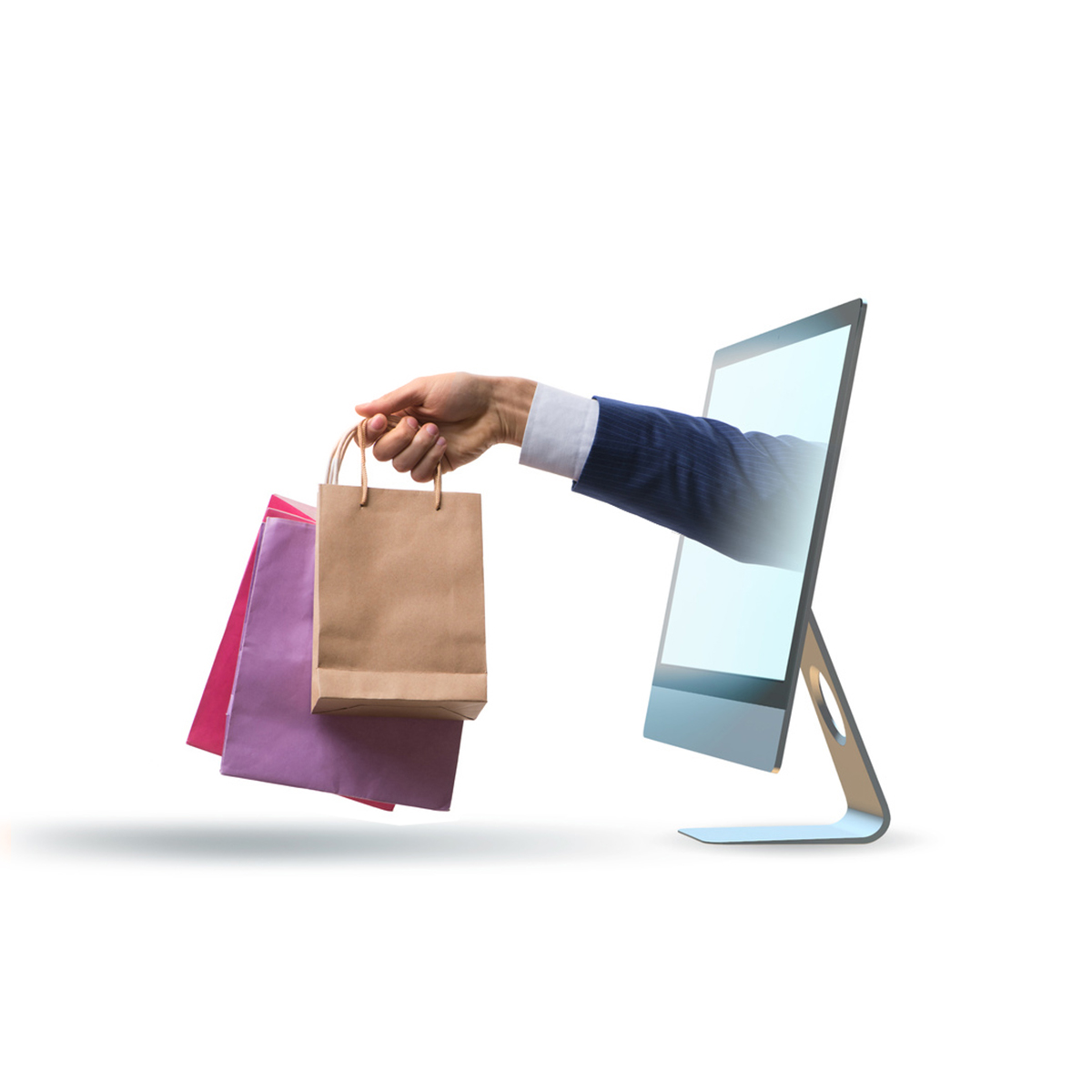 You can use our ordering service to request up-to-date information and campaign material from Präventionsprojekt Glücksspiel in standard order quantities free of charge within Berlin (shipping costs apply). Interested parties from other federal states will receive an invoice with the materials they have ordered.

Please proceed as follows to place your order:

Once your order has been received and processed, you will receive a confirmation and your shipment will be arranged. 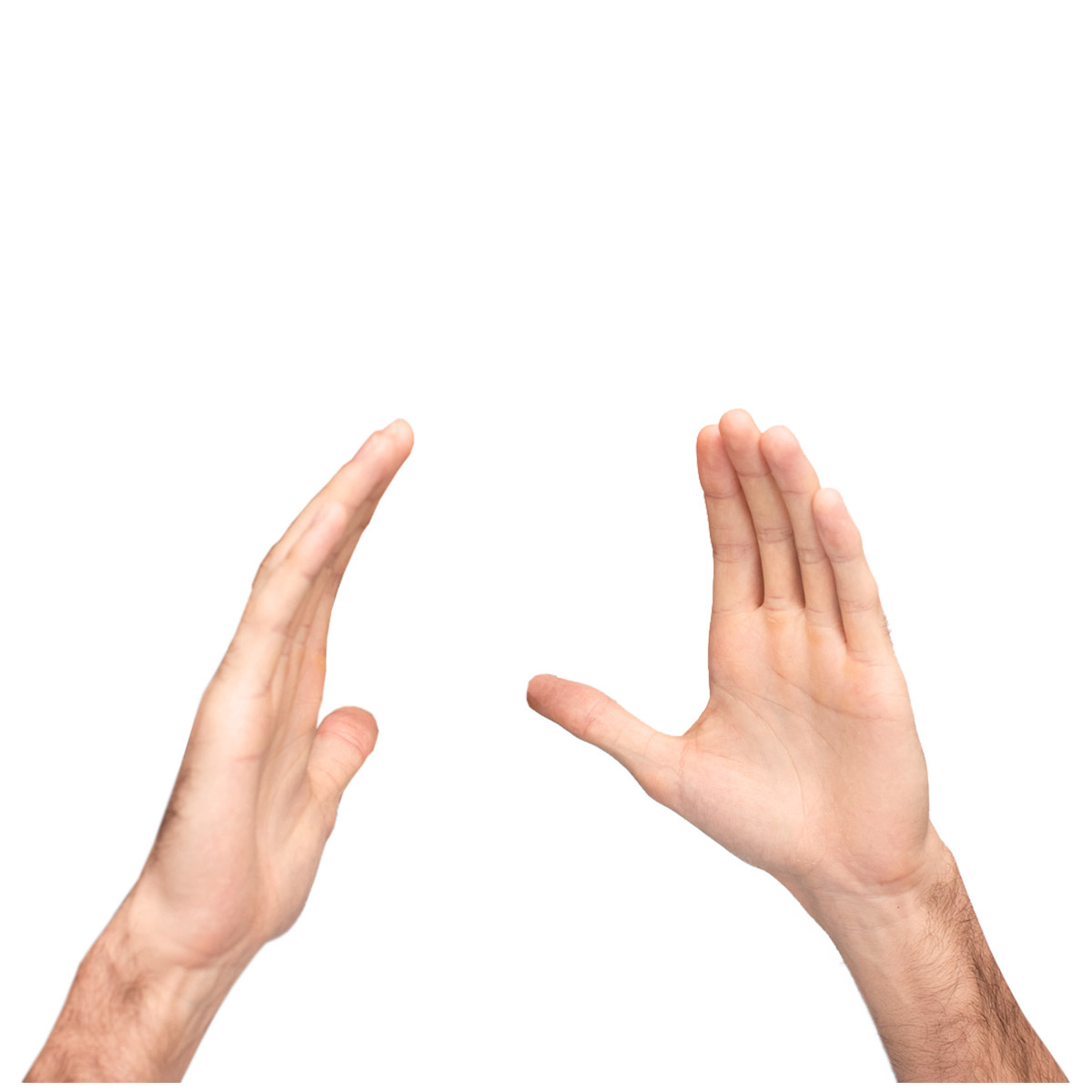 In order to raise awareness of the risks of gambling addiction within various target groups, the Prevention Project: Gambling runs regular campaigns. Here, we will introduce you to some of these campaigns.

Poker – the cards are random!

Poker has become much more popular in recent years. As a result of its increasing popularity – and also as a consequence of high-profile public advertisements by celebrities – players are generally not characterised as gamblers. An individual’s personal opportunities and abilities to influence the poker game are therefore often overestimated.

But poker has a clearly defined gambling aspect. The entire game is set up in such a way that the cards are distributed at random. The player therefore does not know which cards their opponents have received or which cards are still uncovered. When it comes down to it, the cards are allocated by chance.

In order to visualise this, the chess and poker world champions from 2000 to 2014 are compared with one another on the reverse side of a postcard. This table clearly illustrates that, in the long term, chance defines the outcome of the game. Whilst some chess world champions have used their skills to successfully defend their title for many years, there is a new poker world champion every year.

The objective of the campaign is to raise awareness of unrealistic expectations and cognitive bias patterns. Following the very successful sports betting campaign, the prevention project is once again working with the comic book illustrator, Helge Vogt, to talk about gambling-related risks and to provide information on responsible gambling.

In 2015, over 44,000 German-language postcards were distributed in 150 locations around the Berlin districts of Kreuzberg, Neukölln and Mitte over a period of 14 days.

In 2016, the postcards were published in Arabic and Turkish as well as German and can be requested via the ordering portal.

Sports betting makes people rich! But not you!

Every big tournament has its own individual moments of surprise. Outsiders who nobody expected to be successful become the next big favourite. At Euro 2016, there were teams on whom only a few would have placed a bet prior to the event. But in sports, anything is possible.

Betting on sporting events excites many people. You can bet only a little but still get a lot of fun and excitement out of it. However, there is a great risk of addiction associated with what is referred to as live bets – with these bets, you can only wager money on events which are in progress. This entices you into betting more money on more events than you had originally planned. Betting enthusiasts then overestimate their knowledge quite easily and forget that chance is also a big factor in the outcome of the game.

Current studies show that it is particularly men aged 18 to 20 with a migrant background who are in danger. The rise in participation in illegal sports betting is a main cause for concern. In order to raise awareness of the addictive potential of betting on sports, Prevention Project: Gambling [Präventionsprojekt Glücksspiel] has created new postcards and posters in Arabic, German and Turkish.

This material has been sent to numerous sports associations in Berlin and has also been published in the magazine, Hey Berlin, which is published in German and Turkish. With a circulation of 10,000 free copies in consulates, public authorities, club premises, businesses and doctors’ surgeries, readers do not need to go far to get the magazine.

The main objective of this is to reach young men in their specific living environment and to make them aware of the risk of addiction with sports betting.

Be careful around Jack Pott!

In 2013, more than 800,000 people in Germany displayed problematic or addictive gambling behaviour. More than 75% of players in outpatient addiction advice centres fell victim to slot machines.

Gamblers generally act based on hope and it is difficult to reach them using rational messages. For this reason, the campaign’s aim is to plant the message emotionally.

The idea is to show gamblers that a false expectation is being conveyed to them at the very instant when they are playing on slot machines. Lots of image-based expressions can be found for these circumstances, which are used to appeal for caution in short humorous advertisements with the radio DJs, John and Rasheed, from JamFM.

Gaming machines make you rich! But not you! Not even your lucky streak will help you!

In 2013, more than 800,000 people in Germany displayed problematic or addictive gambling behaviour. Playing on machines was one of the most addictive forms of gambling. Cognitive bias patterns provide an explanation for the initially surprising fact that regular gambling continues despite increasingly negative consequences.

This is because it is in human nature to wish to create a logical context for chance-related phenomena too. This is how the misconception arises that the result of gambling is predictable or even that it can be controlled through rituals and talismans.

These arguments are presumably negated or even suppressed by the potential target group. For this reason, the Prevention Project: Gambling [Präventionsprojekt Glücksspiel] decided to transform the slogan “Gaming machines make people rich! But not you! Not even your lucky streak will help” into a creative advertisement in order to attract the necessary interest. The successful advertisement gained a great deal of recognition.

Legal texts in relation to gambling give you an impression of the number of legal regulations which have an influence on gambling in Germany.

Information from the Berlin authorities 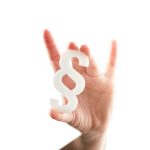 Letters to parents and information sheets

Information sheets give information about numbers, dates and facts on gambling and gambling addiction.

In addition, letters to parents in the Arabic, Turkish, German and Vietnamese languages offer useful tips for family members on how they can protect children and young people from the possible dangers of gambling addiction. 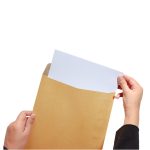 This link will take you to the newsletter archive and you can register for future newsletters. 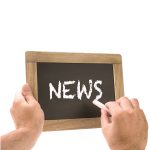 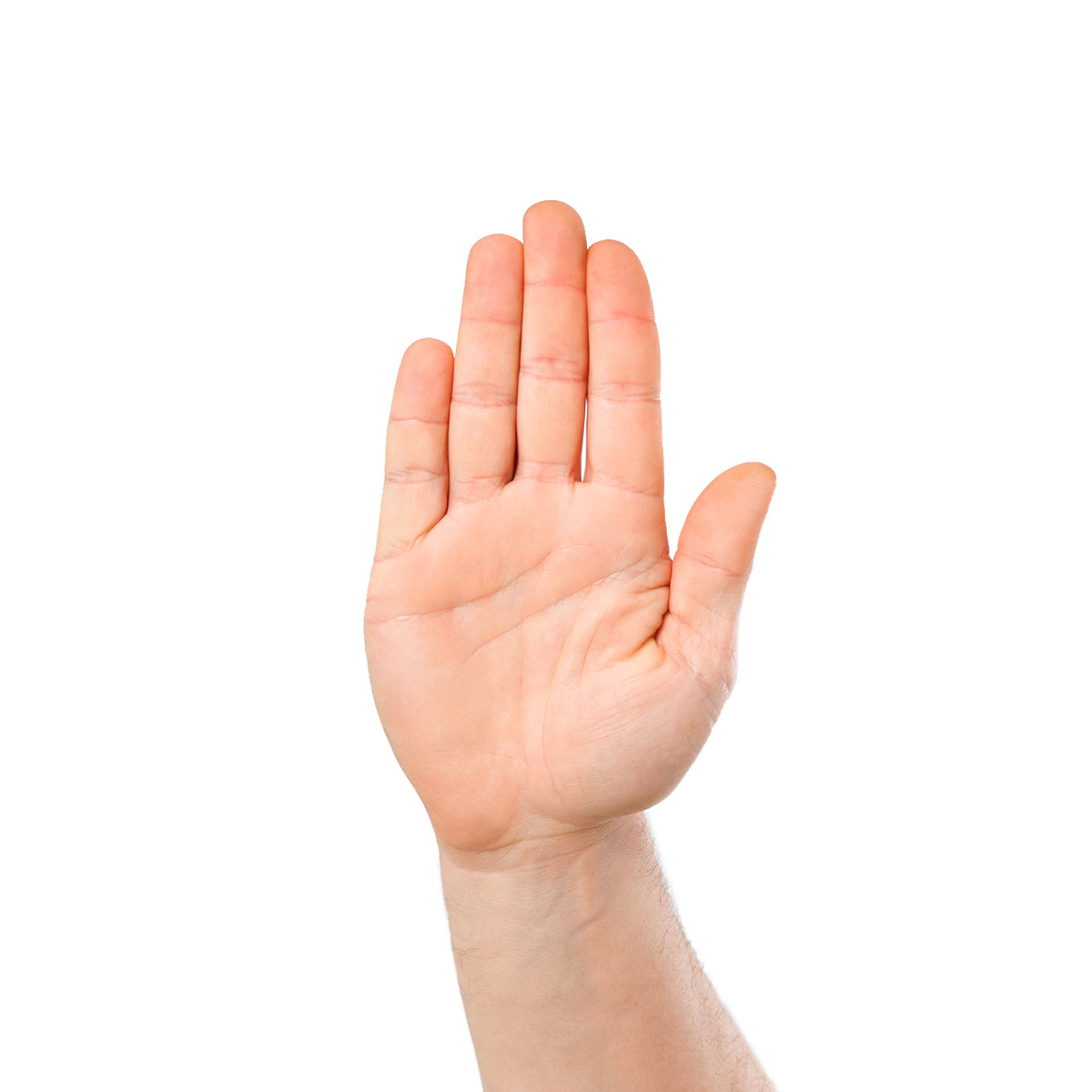 The player ban is a central tool to protect players and combat gambling addiction. Through self-exclusion, individuals who are in danger of gambling addiction or problematic or addictive gambling have the possibility to have themselves banned from games arcades, casinos, sports betting offices and lottery retailers.

There is a form for a voluntary self-exclusion in gaming arcades available here, which can be downloaded free of charge. Those who wish to be banned can print out the application – please note the following procedure:

3. Gambling ban for a casino